Today is the first day of a new story! Do you want something NEW to happen for you? Then you have to write a new STORY. Our lives are just repeats of the day before until a new story is written. In the summer of 2014 I decided to tell myself a new story. And then, I began the process of creating something from the position of my new story. It’s sort of like childbirth. You have an idea but the idea can’t be BIRTHED until it devlopes FULL TERM. All while it is develping somedays you are scared as hell that something will happen and it won’t come to pass. But, because your desire is so much bigger than the old story, you are driven to make this happen no matter how many times your ideas go unacknowleged in your current reality by other people. It’s because you are not living the NEW STORY. But it’s not your fault! Do you know why? It’s because the new idea (story) has to grow and grow and grow. It has to grow so BIG that it can’t stay inside you any longer!! And that’s when it’s time to give BIRTH to the NEW YOU!! What story have YOU been telling yourself that is keeping you from living your dream? Is it the story your friends and family say it is? Is it the story your customers, co-workers, and the people who share your most intimate self with say it is? How can you live your purpose if you are living in the OLD STORY? In the next few days, my NEW STORY will be birthed and I’m as scared as hell!!! Because it means I will be living a BIGGER ME. But, I have to remember that fear, is F.E.A.R. False Evidence Appering as Real! I’ve gone through lots of ‘birthings’ like this…lol… I don’t know why it frightens me so much at first, but I’ve learned from the past that as soon as I would walk into the new story, immediately doors fly open to support the NEW ME. It’s like I have a band of helpers keeping me lifted up, keeping me safe. What is your story and are you going to begin to tell a new one? If so, I’m sending love and positive energy your way so that you can help the world with all that you are and are becoming. ‪#‎fatchicktocovermodel‬ ‪#‎tellanewstory‬ 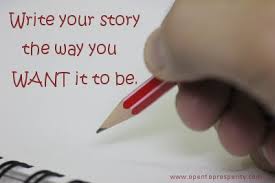